Sometimes the best plans are a bit spur of the moment. The idea of a gravel ‘Death Loop’ was hatched on the back of a growing obsession with off-road adventure riding, but not many recent long kms… Starting and finishing at the home gate at Queensberry, Central Otago, this clockwise loop lapped up every piece of gravel and 4-wheel track available – just under 200kms, 2230m climbing, 10 hours of mixed terrain goodness.  Our steeds were the trusty old campaigner Crux and new cool kid Diverge, packed as light as possible but with contingencies for weather, nutrition and mechanicals covered. In typical fashion team Hasminszky set off later than planned on a blessedly cool Waitangi Day morning. The first sector of the route was mostly on road, with two notable events. Out manoeuvring “Buster” the rogue black Lab on the Luggate trail who decided my meaty thigh looked appetising, and then randomly meeting up with Noelene on the road to Tarras trying out her bike packing set up – small world! 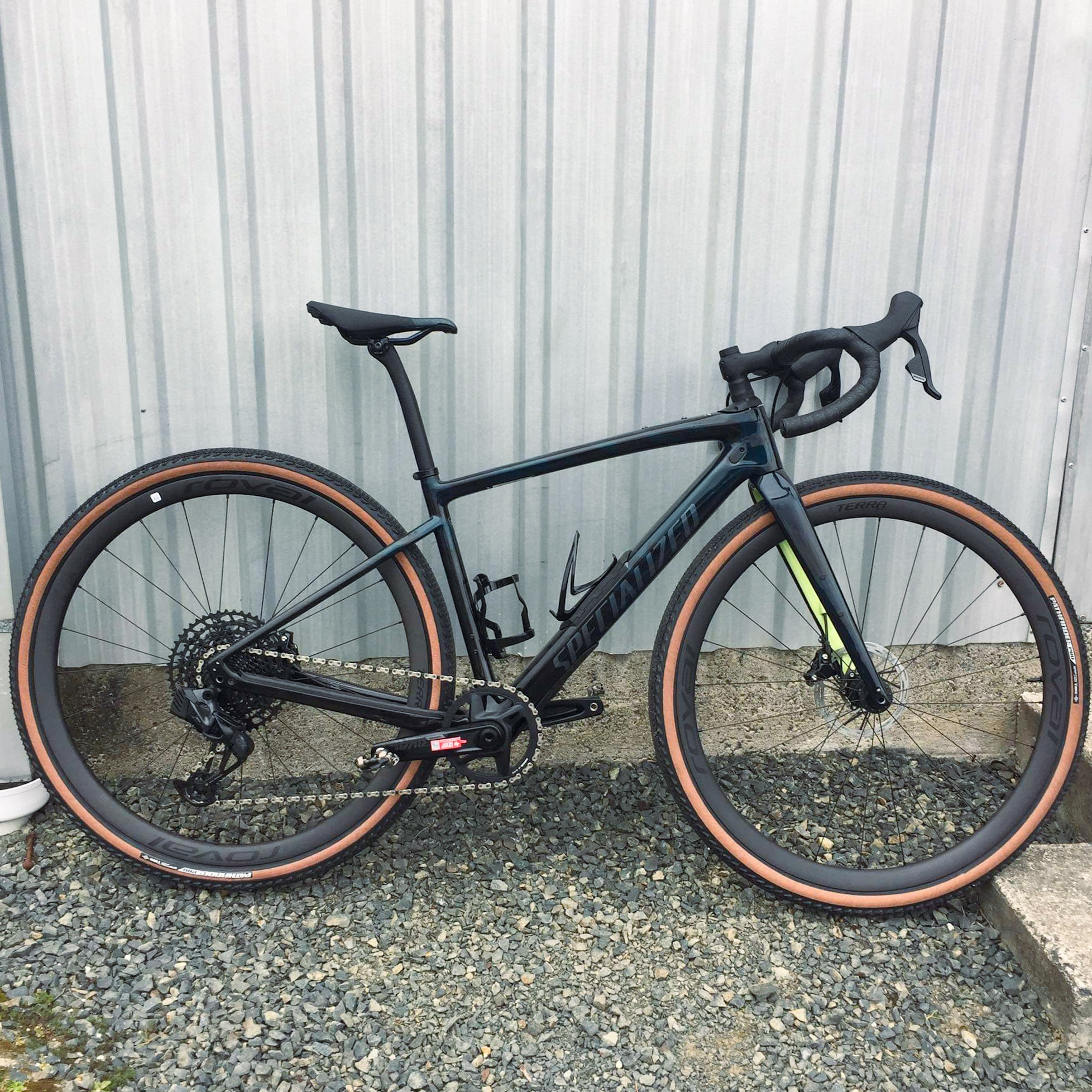 Soon our old mate the Thompson Track loomed – a rutty uncompromising climb to 960 metres elevation with 20+ percent stretches. With views down to Lake Wanaka to the West and the Omakau plains to the East, it is a magical pass. The luxury of amazing climbing gears and suspension meant that the Diverge handled like a lighter, faster MTB - easily my best experience on this trail. Alas, poor Tom’s best climbing gear was 34/28 so it was a low cadence, sit / stand grind for him! Usually heatstroke is on the cards but the temperature at the top was 8 degrees this morning with a decent wind chill as we bombed down the pretty brutal descent over mini baby head rocks punctuated by a bazillion gate stops. Oh, and a creek which had flooded a 100-metre section of track – queue Tom the gazelle who leapt over a lower section of water shouldering the bikes – no wet feet, winning! Manhandling our way down the steepest part of the descent, we had to take evasive action to avoid a gentleman in linen dress pants ascending on an ebike at warp speed – surreal!

Rolling into Omakau for the first food stop, I was feeling stoked that my wind predictions were coming to fruition. The Omakau to Alexandra section of the Rail Trail can be brutal into the prevailing headwind. Sucking up the South Westerly on the first road section meant that we were treated to favourable conditions on the trail. In the first few hundie metres, two ebikers blew past – we were on the wheel quick smart for all the draft we could get (they were a little disturbed by this, but Tom smooth talked them, all good). I had to pull the pin on the “climb” to the overbridge, knowing that blowing up before the halfway mark of this mission would be a kamikaze move. Soon the trail turned and a bit of descent and the legendary RT hard pack had us rolling again and we team time trialled (past the ebikers) into Alex for the second (epic) food stop at the 110km mark. Feeling good and sugared up we made the call to take the slightly longer Millennium trail to Clyde. This flowy, shaded trail follows the Clutha | Mata-Au River and links up with the Lake Dunstan Cycle Trail. A super fun alternative to the Rail Trail. 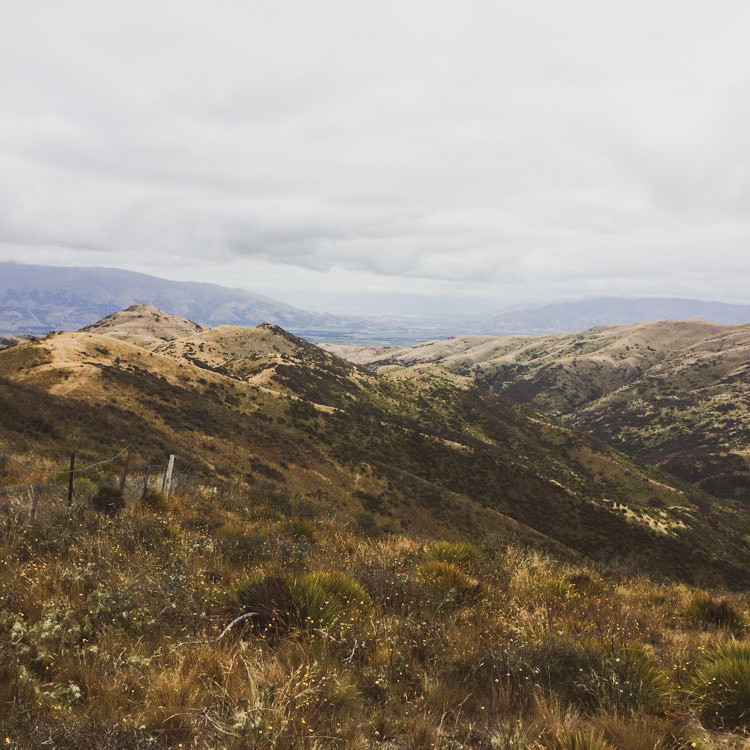 The temperature was heating up for the climbing sectors in the middle of the Lake Dunstan Gorge. Kudos to the trail builders – they nailed it! Spirits were still high and we had a blast racing along the last stretches towards Cromwell. Bit of headwind into the Bannockburn Inlet where we stopped to gorge on the takeaways from Industry Lane Eatery – can’t recommend this place enough! More fun flowy sections of the trail into Cromwell and then onward through Pisa Moorings and finally Smith’s Way with the head of Lake Dunstan insight. Some fatigued mental calculations put us at 10-15kms from home. We two-up’ed the last road section surprising well, with Tom sucking us down the final descents and me dragging us up the climbs. A deal was made - 198kms at the gate meant we kept going to make up the two hundie. The Garmin clicked over 196kms and we had no qualms ending this brilliant day point to point. 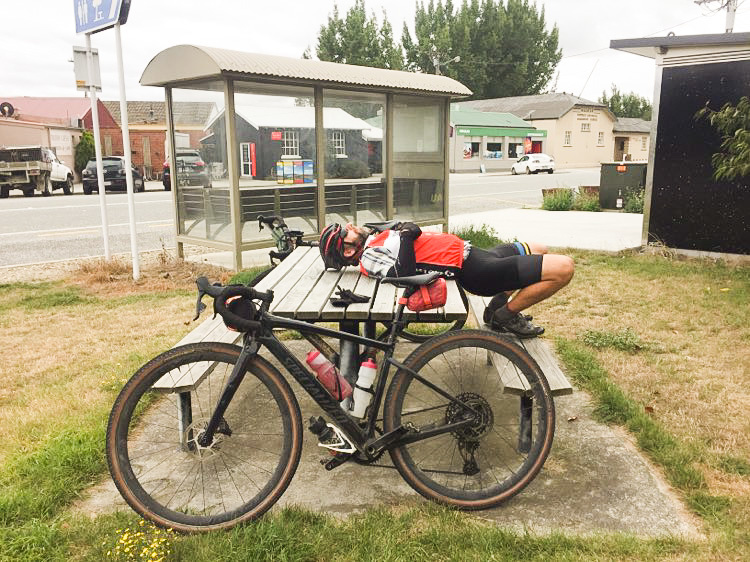 If you fancy a group gravel ride (that won't be a death loop), please get in touch with us at Cycle World.